2015 was a milestone of the development of Sunrise Media Joint-stock Company in both quality and quantity of broadcast films. For that reason, the New Year’s Gala on February 2nd, 2016 (December, 26th lunar calendar) at Trong Dong restaurant, Hancorp Building, 72 Tran Dang Ninh Street was filled with warmth of happiness.

The sharp cold of winter and the busyness of work caused no harm to the cozy atmosphere of the banquet hall and burning enthusiasm in the heart of people. The New Year’s Gala attracted more than 300 staff members as well as the partners and contributors of two companies

The opening performances warmed the atmosphere up

At the beginning of New Year’s Gala, Mrs. Nguyen Thi Binh – the Director’s mother, a regular and senior contributor of Qua Tang Cuoc Song (Gifts of Life) recited a beautiful poem about spring and performed a wartime song, which communicated the national pride and cherish life to the young generation.

With Sunrise Media, 2015 was full of problems and challenges because of the criticism of many journalists. There was a time when the name of our company and “Qua Tang Cuoc Song” (Gifts of Life) appeared everywhere on newspaper,” Mrs. Do Thi Thanh Huong, the Director of Sunrise Media Joint-stock Company said. “However, in the midst of public criticism, the Board of Directors and all staff members understood that it was just because of the great fame of the program. In addition, “Gifts of Life” still earns a great love and supports of its audience, since overall, it is the content, quality and value of the program that counts.”

She also stated that in 2015, Sunrise Media had strongly developed in terms of the office space, the number of staff and broadcast programs. Many animation projects was established in cooperation with animation powerhouses. Sunrise Media planned and determined to become the leading company in animation production in Vietnam.

When it comes to the company’s orientation in 2016, a target of achieving thirtyfold sales turnover compared to that of 2015 was set by Mrs. Nguyen Thi Phuong Loan, the Director of Sunrise Media. At the same time, the staff members will enjoy higher standard of living than the average level.

“Miss Sunrise” – a beauty contest for men made the banquet hall burned with endless applause and loud laugh. It also drew everyone closer to one another in a family atmosphere.

Editor and International Cooperation Department are in the same “front line”

The audience enjoyed lots of laugh

“The Bikini Angel” from Editor and International Cooperation Department

Talent performance of the Administrative Department

: At the end of the contest, the Editor Department gained the highest score and deserved “Miss Sunrise”

The Organizing Committee gave the consolation prizes for other departments

The audience also joined in many games

At the end of the Gala, all staff and the Board of Directors said “Cheers!” for the New Year

Ms. Dung Hoang – a member of Scriptwriter Department posted on social network will close this article:

“The most memorable event of my life is definitely joining Sunrise’s family.

Since only at Sunrise, I am able to do the work that I love.

Since only at Sunrise, I am able to meet active and enthusiastic people. 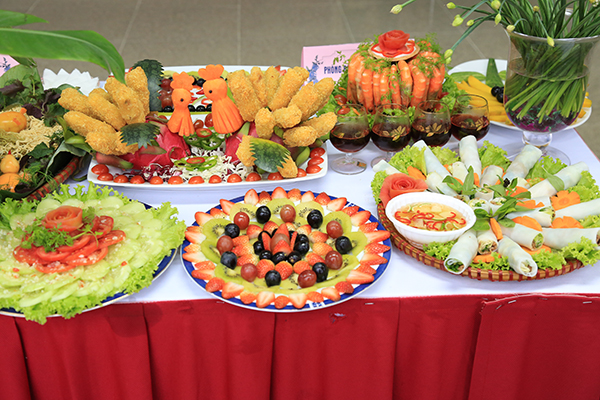 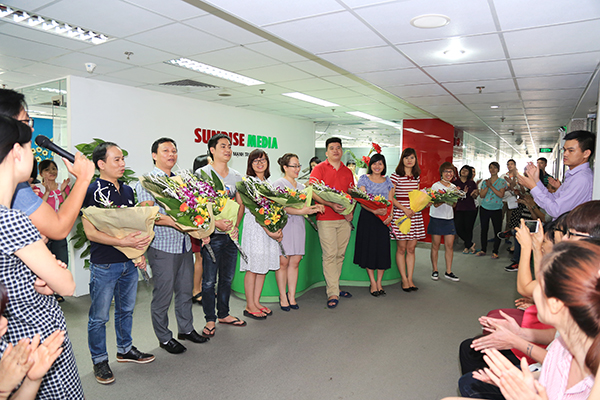 Celebratory birthday party in May at Sunrise Media